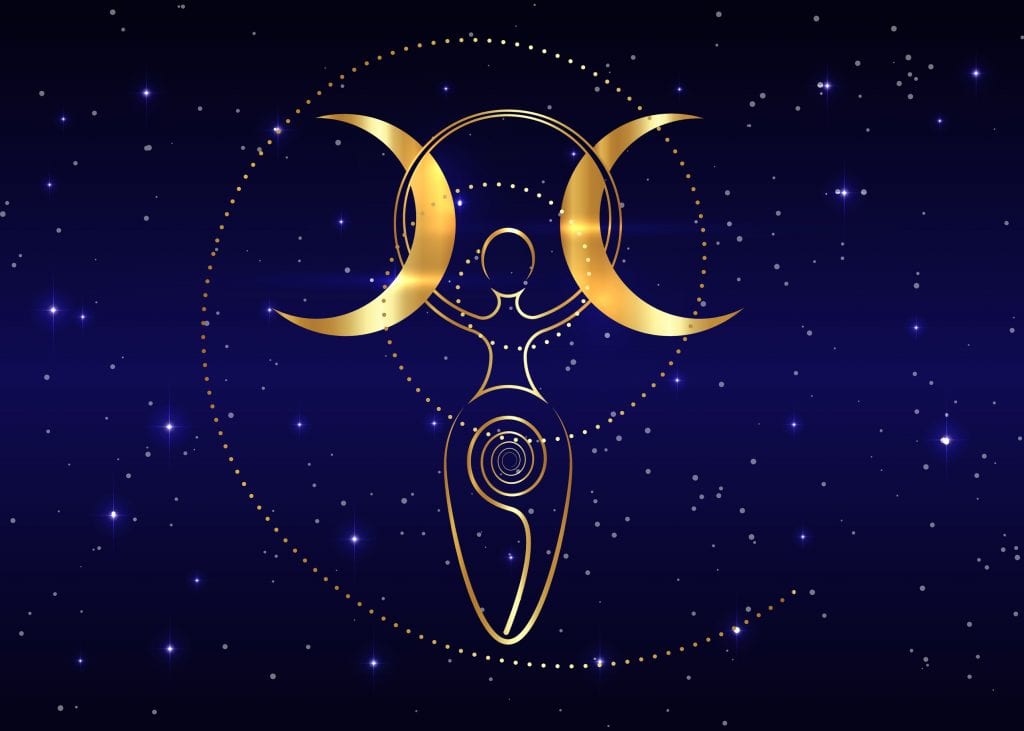 Since I’ve been writing these Lunar Love Notes, I’ve shared from time to time about this heart-pounding love I have for the Goddess Durga. I’ve been blessed enough to travel to and work with teachers from India where I’ve been showered with the amazing stories and wisdom teachings of the Hindu Gods and Goddesses.

However, it wasn’t until She came through a client’s session that I first began to understand Durga Love.

Since that first “encounter,” I’ve called on Her for the direct path through, for focus, for protection, for the courage to take the steps I’m being guided to take.

Her Love is fierce, steady, all-encompassing.  My astrologer’s sorting hat sees her heading the Cancer-Capricorn family of Leader-Elder-Teacher-Householder archetypes (that is when She’s not spurring on the Aries fire clan to reach for dazzling new heights).

It feels as if the whole world could use a hug and some rock-solid assurance from the Sacred Feminine and the Cosmic Mother right now—in all Her many forms.

Last week’s acts of terror in DC came from a group of people who on many levels likely did not feel seen, heard or spoken for, the frustration, anger, then hatred growing and growing until there was enough rage that people were willing to take radical action when incited to. And people died as a result. Millions more were shaken, even traumatized at what they witnessed. How close to home this rebellion was.

Jupiter and Saturn having moved into Aquarius energy know well the “battle-cry” of the unseen and the unheard, the archetype of the Misfit, the Outcast and the Excommunicated as well as the Revolutionary.

Serendipitously, the Moon in Capricorn is at 23 degrees, the same degree that Saturn and Pluto were in (in Capricorn) last year at this time. You know the one—that notorious conjunction happening in the heavens above that unleashed a series of unprecedented global shakeups below.

While this Moon’s position in the same degree of Capricorn does not hold nearly as much weight as the infamous duo did last year, this Moon is still an important one.

For it’s time to continue discarding old traditions, systems and structures—inwardly and collectively—so we can craft  individual dreams based on a compassionate collective vision and download the leading-edge ideas that will anchor in new vibrations of love, beauty and harmony.

Capricorn stewards this type of legacy-making movement while Aquarius ensures we have the space and the ingenuity to move forward with the plan.

So if you have a New Moon intention-setting practice, what might you as a citizen and a steward of this planet and our global family write as an intention to address some aspect of what’s ailing this planet right now?

What would you wish for the children of this world? Safety? Kindness? Friendship? Love?

I think about these questions a lot. The answers for me are what inspired the Sunrise Rubies Community and the first three Goddess Circles whose focus on the Sacred Feminine lays a foundation to explore the answers.

What about for you?

I’ve shared a version of Durga’s story before, riveted ever since I read it in Sally Kempton’s Awakening Shakti.

From the Hindu pantheon of stories, we know a time existed when the toxic masculine in the form of asura kings (demi-gods often possessing negative qualities) unleashed destruction and violence in their pursuit of personal pleasure and world domination.

For thousands of years, they reigned and the Gods could do nothing about it because of an agreement between the asuras and the Gods that rendered the Gods powerless to interfere with the asuras’ excessive lust for pleasure, their war mongering, greedy consumption and voracious appetites.

But the agreement did not say anything about the Goddess stepping in.

So after the God Indra was counselled to implore Durga to intervene, the Cosmic Mother, the Goddess of all Goddesses, with all Her Warrior Strength and Mighty Love showed up to the grand palace of the asuras, luring them to battle with Her, promising marriage to the victor.

Enraptured by Her stunning beauty, underestimating Her strength and wisdom, the guards and the asuras did not take Durga seriously—did not take the Sacred Feminine seriously.

But Durga did not back down and soon the demon kings became outraged by her supremely confident stance.

One by one they attacked Her, the Sacred Feminine in Goddess form, and one by one the asuras fell with the support of other Goddesses that materialized from Durga’s eight arms—Kali, Saraswati and other light-filled Radiant Ones who obliterated the asuras and the demonic intent they embodied.

Durga, the Mother of All, the Ultimate Protectress, restores balance, peace and truth to your life no matter what you need from Her.

She like other Cosmic Mother energies bless us with Her Divine Hand in our work to transform our families, our communities and the world.

What is your Durga-inspired wish for the children you have or you know in your life. How about for your family, your community, the world?  What is the action you might feel called to take?

Impactful change does not have to take generations to appear. We have so much support in so many forms. I’ll continue to call out to Ma Durga. You may call another name.  It’s just time to make the call.

P.S. Our third Goddess Beautiful Circle starts in the energies of this New Moon on January 13th for the next 30 days—a full Lunar Cycle. Please read the testimonies about this life-changing container we create together as we enter into a deep practice and call forth the Sacred Feminine within and without.

It’s not too late to join if you feel the call to work deeply with your intentions in an energy field devoted to beauty, empowerment, freedom and prosperity consciousness—for yourself and for those whose lives you touch. The link is here for more information.

Tune into your heart and your cherished Capricorn-inspired intentions. Bring your tarot or oracle card deck to your heart chakra, aligning your heart energy to the heart of the cards’ energy. and then draw six cards for the six questions below. 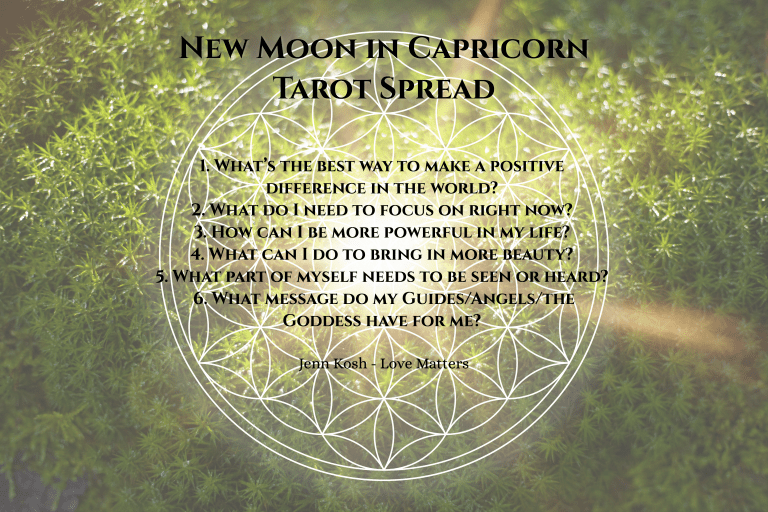 PrevPreviousCancer Full Moon: That Girl You Used to Know—She’s You
NextLeo Full Moon: We Have Come to Be DancedNext

6 thoughts on “Capricorn New Moon: Time to Make the Call”