Full Moon in Aquarius: Why Your Voice Needs to be Liberated (Now) 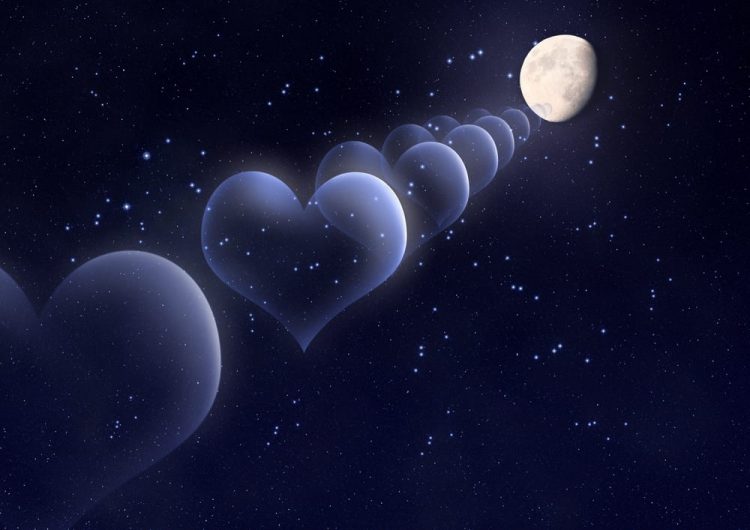 And we all need to see and hear this.

You are disgusting, crazy, out of your mind, dangerous spit an angry 65-year-old politician, his words targeted at a young woman walking up the steps of the US Capitol building as she was heading to work.

Two days later, this 30-year-old woman, Representative Alexandria Ocasio-Cortez, powerfully demonstrated that the Age of Aquarius is upon us in the 9-minute landmark speech she made in the American House of Congress about the misogynistic, disparaging comments her fellow representative, Ted Yoho, levied at her. Comments she admits she almost let slip by.

Millions of views of her speech accompanied by wave after wave of support, Ocasio-Cortez recently offered insight into what compelled her to speak up.

“Many have asked me if my speech was pre-written. The answer is no. But in some ways, yes. Yes because this speech was a recounting of thoughts that so many women and femme people have carried since the time we were children. It flowed because every single one of us has lived this silent script: stay silent (why?), keep your head down (for whom?), suck it up (to whose benefit?). But my chosen words were largely extemporaneous. I got to the House floor about ten minutes before my speech and scribbled down some quick notes after reflecting on what had transpired over the last few days. Pictured here are all the notes I had, and from there I improvised my composition and spoke live.

The evening before my speech, I did not know what I was going to say. I wrestled with the question: what is there to say to a man who isn’t listening? I couldn’t come up with much, because frankly I didn’t want to diminish myself or waste my breath. It was then that I decided if I couldn’t get through to this him, perhaps I could speak directly to the culture, people, and institutions responsible for creating and protecting this violence and violent language.

I also reflected on MY role in all of this—to me, this speech was about holding myself accountable as much as anyone else. Because my first instinct was to let it go. It was my second instinct, too. It was only when sisters like @ayannapressley, @rashidatlaib, @repilhan and friends like @repraskin reminded me how unacceptable this all was that I started to think about what I would have done if this abuse happened to any other person BUT me. That is when I found my voice. Why is it okay to swallow our own abuse, yet stand up for others? I needed to learn that by standing up for ourselves, we break the chain of abuse and stand up for every person *after* us who would have been subject to more of the same abuse and lack of accountability.

Ocasio-Cortez’s speech is Aquarius truth-telling at its most vulnerable:
That is when I found my voice. Why is it okay to swallow our own abuse yet stand up for others?

Aquarius liberation at its core:
I needed to learn that by standing up for ourselves, we break the chain of abuse and stand up for every person *after* us who would have been subject to more of the same abuse and lack of accountability.

Aquarius’s cry revolution at its most heartfelt:
So rise.

Rise she did and rise we must because we’re waist-deep in personal truth-telling and chest-high in a collective revolution.

And we’re just getting started. This year is a preview of the next couple of decades as the outer planets shift into Aquarius.

Let’s dive into some cosmic context for the next month, so we can see what energies are paving part of the way for the Aquarius Revolution.

Jupiter, Saturn and Pluto are in Capricorn in what some would consider a tense relationship–a square–to Mars in Aries for all of August. When two planets are square, they’re situated 90 degrees apart, the astrological elements clashing (Capricorn earth vs. Aries fire) within us, antagonizing one another, creating tension. On purpose.

Why would they commit such a riotous act?

The answer you surmise may very well rest on something Einstein was reported to have remarked upon around our relationship to the Universe. Quite simply, do you believe that the Universe is friendly or hostile?

Because if you believe that a loving, benevolent Force is giving you exactly what you need as a soul to learn and grow, you’ll experience the strain, tension and uncertainty of Mars in Aries hanging out near Jupiter, Saturn and Pluto in Capricorn as a gift.

August then may be a time for you to assess the inner and outer territory to notice where you feel stuck or where you’re experiencing a clash of wills, a feeling of bondage you just can’t seem to break, witnessing what’s going on in the outer world but knowing that what you see with your physical eyes must be looked at inside with spiritual sight.

So you may find that tensions rise and peak this month as you’re led to create change important to you, to release something, surrendering some idea, belief, position, job, relationship.

You may find that you as an individual can no longer follow the same old rules set up for you by someone or something else.

The Individual represented by Mars in Aries (the Defender, the Warrior, the Instigator, the Protector, the Advocate) will most certainly be in the face of the Establishment represented primarily by Saturn in Capricorn (the Laws, the Rules, the Politician, the Government, the CEO, the Traditionalist, the Leader, the Authority).

An example of the individual challenging the rules, the old way, the establisment???

The Full Moon in Aquarius offers you a grand opportunity in getting a headstart in the releasing and the liberating, calling you to search inside and reflect on the important truth you’re ready to hear right now, preparing you for the moment when you’ll be called to speak it.

These opportunities happen in typical Aquarius fashion: lightening quick, a quantum leap moment when you least expect it, like walking up the stairs to go to work.

It is then, in these unpredictable moments, you find yourself center stage receiving the break of a lifetime to set yourself free, liberating your voice to say what you must to disrupt the establishment, call out the status quo, and change your life–perhaps many lives.

So rise. And speak your truths. It’s time.

Waist-high and chest-deep
in a Truth-telling Revolution,
Jenn

*What is the sound of your Love Revolution?
*What do you need to voice in this moment to someone else, to yourself?
*What voices are you hearing inside and out leading you to inevitable change?
*What has your life experience repeatedly given you so that you say those words: ENOUGH?
*Where are you being asked to use your voice?
*Are there blocks that stand in the way of your authentic, empowered self-expression?
*Do you need to forgive yourself or others for not speaking up on your behalf?

Writing and journalling about these questions may be exactly what you need to do this Full Moon.

Or perhaps you need to move.

We all know how powerful music can be to shift our mood, to elevate our vibration, to inspire a vision. Music has a way to lift us up, bringing up from our subconscious what energy needs to be shaken up and off.

Imagine surrendering through movement, through a joyful way of coming into your own, a new way of being.

Imagine saying (while you’re dancing) what you need to express to someone or to some program you’ve been running that you’re no longer accepting moving forward.

As part of your Full Moon ceremony, tune in and intuit a song that your soul, your energy field needs to hear and dance to it, so you can release, celebrate, create, claim what you need right now. Please share your favourite “shake it up and off” song below. I started.

Feel the strength and the power in releasing any stuck, old energy and welcome in your new level of liberation.

PrevPreviousNew Moon in Cancer: The Story of the Scar Queen
NextNew Moon in Leo: You and Your Last PerformanceNext

18 thoughts on “Full Moon in Aquarius: Why Your Voice Needs to be Liberated (Now)”