New Moon in Aquarius: When Your Arjuna Moment Comes, Your Life Will Change 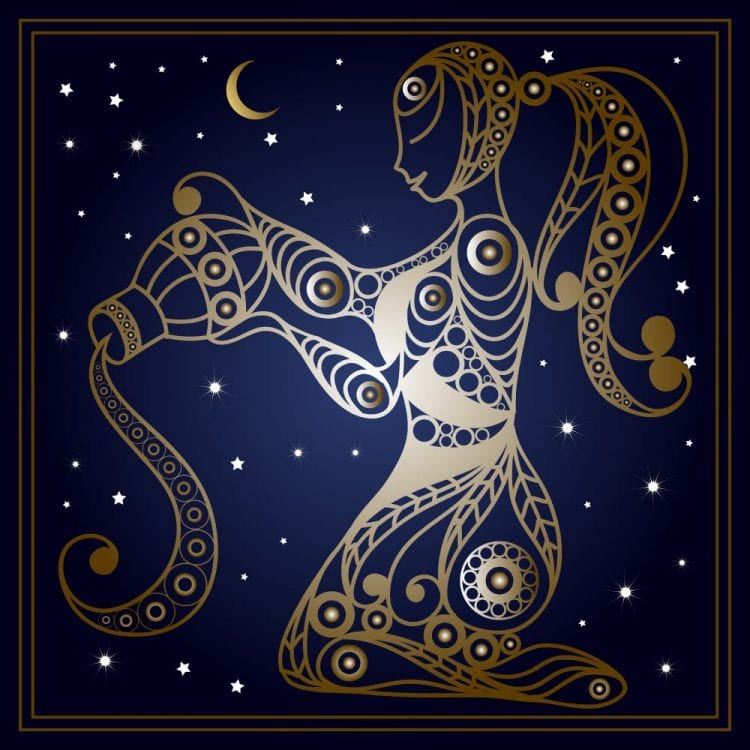 Our friendship is made
of being awake.
~Rumi

Holding the archetypes of the Freedom-Seeker, the Liberator, the Revolutionary, the Crazy One, the Misfit and the Humanitarian, Aquarius calls us to an inner awakening possibly so profound that we must leave, change, expand, move into a new future based on the truth of our souls’ destiny.

So what must awaken within you at this time?

Maybe the awakening will feel earth-shattering and maybe it will be just the gentle wakeup call you need.

Arjuna, a Warrior who has served his dharma well, finds himself in a crisis of conscience and consciousness over his next battle in which the “enemy” he must destroy is his blood, his uncle’s family.

However, he morally cannot heed this call. He cannot fight his family no matter what his destiny seems to be pointing him to.

His dharma has asked too much of him, so Arjuna at a complete loss surrenders and turns to Krishna to see what can be done.

This Arjuna moment in which the Warrior for Love says no to what is no longer tolerable is intricately and symbolically tied to the liberating force of the Aquarius energy we’re collectively feeling right now, a freedom-seeking power we’ve all experienced in many forms.

What Arjuna moment has set you free?

Like you, I’ve been pushed to grow, often through intense periods of tension and pressure that called me to make a decision that would change the course of my life. Many times. Some not so long ago.

But in contemplating this assignment I’d been given, I was drawn to the first time I said, “Enough. No more”–a decision that woke me up to something important.

I was 17 years old and had just discovered my boyfriend, my first love, was seeing someone else while we were still together.

I believed my heart would never heal from the pain that was making it hard to concentrate or even to breathe.  The weeks of crying turned into weeks of being consumed by jealousy and rage.

How was I to move through this?

Growing up as a child, I sometimes journaled about the problems I had, but mostly I prayed.

I loved the act and possiblity of praying, just talking to God or Mary or one of the saints I was fascinated with, truly believing they were listening to me share my fears or ask for blessings for my family.

But in the pain of this breakup, I didn’t write nor did I pray. I cried and I became angry.

Leading up to Easter that year, my family was busy participating in the prepartory rituals of the Catholic Church, one of which was to attend confession to share my sins and have the priest absolve me of where I’d missed the mark.

I used to love this sacramental act of reconciliation.

At the age of seven, I’d experienced a miraculous first confession.

With very little preparation, my grade two self innocently stepped into the confessional box to be guided by the kindly parish priest to tell him what sins I had committed.

And then because I was drawn to the number “3,” at the cost of negating confessional statement #2, I lied to the priest.

(What I was actually guilty of was shaving off a sliver of a row of the irresistible Nanaimo bars my mom had made.)

Father Griffin, the kindly priest, mumbled some ceremonious words, told me to say the “Our Father” and “Hail Mary” prayers a few times and then with a final blessing, I was done.

I don’t know what wand he waved in there, but I left that small, wooden box feeling my seven-year-old insides had been washed clean, like I had swallowed a magical peppermint elixir that had flooded my body with a profound sense of happiness, a feeling that my young self had not yet known. Or could explain.

I used to love that time in the box.

Except ten years later, here I was, a hurt 17-year-old teenager whose temperament had been changed by her life circumstances and was now flooded with an ocean of anger at men, from my father to this ex-boyfriend.

It was from this place of resentment and rebellion I decided I would not give a man I did not know, a man dressed in a robe, a man who was partially concealed in a small wooden box, the right to hear about my personal pain and the power to decide if and how I’d be forgiven of the sins I did or did not commit.

It became very quiet in the house of God until I heard the words that would detonate the pain:

“You can ask me directly.”

A blanket of peace fell on me in the moments of the aftermath of those words. I exhaled and the rage, breath by breath, loosened a little bit at a time until a few minutes later–stillness.

I didn’t know then until I’m writing now, but this Arjuna moment where I said “Enough, no more” to a way of doing and being gave birth to a lifelong intention of desiring direct communication with the Divine.

The defiant adolescent no longer wanted or needed a mediary, a middle man, someone to tell me what God wanted for me or that I was forgiven.

By saying no to what felt reprehensible to me at the time (as an adult my views on confession have softened although I’ve never been back), I could say yes to something that my soul longed to experience in this lifetime.

This call has been made several times since then:

in my home, on my knees, hiking up the Pyrenees on the Camino, at sacred sites in India, in prayer at Mother Mary’s Basilica in Mexico City.

Life experiences have continued to teach me through many human guises, from friends to spiritual teachers, from lovers to psychics, to ask for a one-on-one with the God and now Goddess of my understanding.

I see that it’s been one of if not the biggest—of course the biggest— calling of my life. I just didn’t have the words or the space to articulate it.

So thank you to my yoga teacher who asked us to do this assignment and her relationship to and understanding of the power of our Arjuna moments that brought this question forth and these insights to my awareness.

And thank you to those of you here reading this story in the light and the shadow of the New Moon, you who have lived an infinite number of Aquarius-fuelled Arjuna moments yourselves.

What have they been and how did your life change in the aftermath?

What have you said no to so you could say yes to your soul, to come back to the sanctuary of your heart, to access your inner knowing, your intuition?

What Arjuna moment might you be leaning into now?

This New Moon in Aquarius may ask you to invite in new levels of liberation, flashes of cosmic insight, visionary downloads, ones that allow you to strip back the unkind lies and misguided steps to align you to your joy, your purpose, your passion, your truth.

In the kindest way possible.

Living for those moments
of clarity borne from True Love,
Jennn

Aquarius is sign of the Water Bearer that flows with inspiration and truth. Situated in the degree of Beauty this New Moon in Aquarius, we may be asked to go deep with our healing, to take the time to feel and see the transformation because on the other side is our liberation—a state of being from which there’s no return.

One way to contemplate is to hold a question or intention, grab your favourite oracle or tarot card deck and allow the cards to dive into your subconscious and reveal to you what pearls of wisdom are there.

PrevPreviousFull Moon + Lunar Eclipse in Cancer: Yeah, and That Too.
NextFull Moon in Leo: The Medicine of the Warrior of the LightNext

6 thoughts on “New Moon in Aquarius: When Your Arjuna Moment Comes, Your Life Will Change”